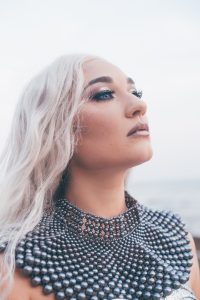 Hello Soul Tribe! It’s been too long since I’ve written a blog, so today we are about to change that. I’m personally not feeling well, so whenever I need to rest, writing is the perfect distraction. I honestly get anxious when I’m under the weather because it makes me feel like I’m not accomplishing anything. There’s always so much to be done especially since Reid and I don’t have much help to do it, and if either one of us is down it feels like it’s hard to keep up. We do need to remember to take breaks because burning ourselves out is never a good thing, so maybe this is the Universe’s way of telling me to slow down. So, I hear you Universe!

First of all, happy 2021! I’m sure we were all feeling a little relief when the clock struck midnight. I know I did, and although it hasn’t been an easy year so far, I’m filled with hope and gratitude with where the year is headed. It’s important for me to remind myself not look too far ahead into the future, and to focus on the present. I’m so anxious to reach that next level in my career, that I forget that I’m actually doing it. I’m in the process of making all of my dreams come true, even though it’s unfolding in such a unique way that I never would imagine. For starters, I always thought I was going to live in LA my whole adult life (I grew up in New Jersey), but alas here I am all moved into my new rental home in Vegas! It all happened pretty quickly. My family had been encouraging me to consider moving ever since the pandemic hit. Although I heard them, and understood where they were coming from, I wasn’t ready yet. There was still too much to be done in LA, and we were very happy in our home there. I quarantined with KSHMR and was able to work on a ton of music together, not only for his debut album, but for all of my solo records. For those who don’t know, in 2020 I signed a collaborative deal with KSHMR and Reid Stefan to be the executive producers of my pop project. That was a monumental accomplishment for me because I’ve been following his career since he started and was a huge fan. When we started working closely together on his EDM records, I felt comfortable enough to ask him to join my team as a solo pop artist. Even though he said this was an exciting idea from the start, it took a couple months to really lock him in as a solid team member. 2020 was a big year for us to really bond, and get to know each other on a deeper level musically and personally, so that we could all make the best music possible. It was important for me to be in Los Angeles to strengthen that bond, and work relationship so that we had a better understanding of where I was headed as an artist.

As Reid and I were flying back home to New Jersey for Christmas break, I had an overwhelming feeling that it was time to move on. We had been in our house for three years, and although we loved it so much, we outgrew it. The energy was different, and after a year of working independently we knew that we could do this anywhere. So why Vegas you may ask? Well, during the pandemic Reid started a new business called MyMixLab with Grammy winning engineer, Luca Pretolesi. His studio is located in Vegas, so every month we would travel there to go work with him, and get footage for the site. It became a second home to us, and we absolutely loved it more and more every time we traveled there. When we landed in New Jersey we were telling my mom about how we felt like we wanted to move somewhere, and she suggested Vegas. For whatever reason I still wasn’t picturing my life there, but as the conversation went on it became more apparent that that’s exactly where we needed to be. Not only is Vegas a Mecca of entertainment, it’s affordable, there’s no income taxes, they have an international airport, less people, and a much easier lifestyle to manage. I’ve been in LA for 7 years, I’m 28 now, and let me tell you, it is NOT an easy place to live. In fact, in a lot of ways the more successful we got, the harder it was to manage because I was drowning in expenses for my project while having to save up for an insane amount of taxes and rent to pay. I’m openly admitting that it was incredibly difficult to keep up with, especially when you’re responsible for taking care of so many people financially. I’ve also been focusing on my own project, so the need to do sessions with other writers wasn’t a necessity anymore. It just made the most sense for us to make this decision, and to make the move fast so that we could start focusing on our work again.

When we landed back in LA we started house hunting immediately, and found the perfect house to rent. It’s been a stressful month going back and forth, but we did it! There’s still a couple things here and there that we are building out, but we have the house set up for the most part and it’s super fun and cozy! We got it just in time to focus on my new single release “Underwater” that come February 26th. This song means the world to me, and my team and I believe in it so much that we are going the extra mile in every aspect to get this right. Anyway, I’m going to write a separate blog focused on “Underwater” because it certainly deserves its own shine. It felt amazing to write again, truly is such an amazing hobby to stay consistent with. You should see the amount of journals I keep! Well, I love you guys, and as always I appreciate the continued support. Until next time! – KARRA

My cart
Your cart is empty. 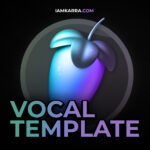 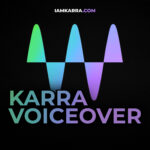 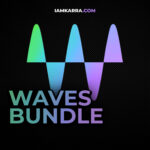 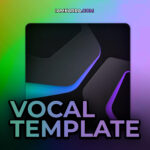